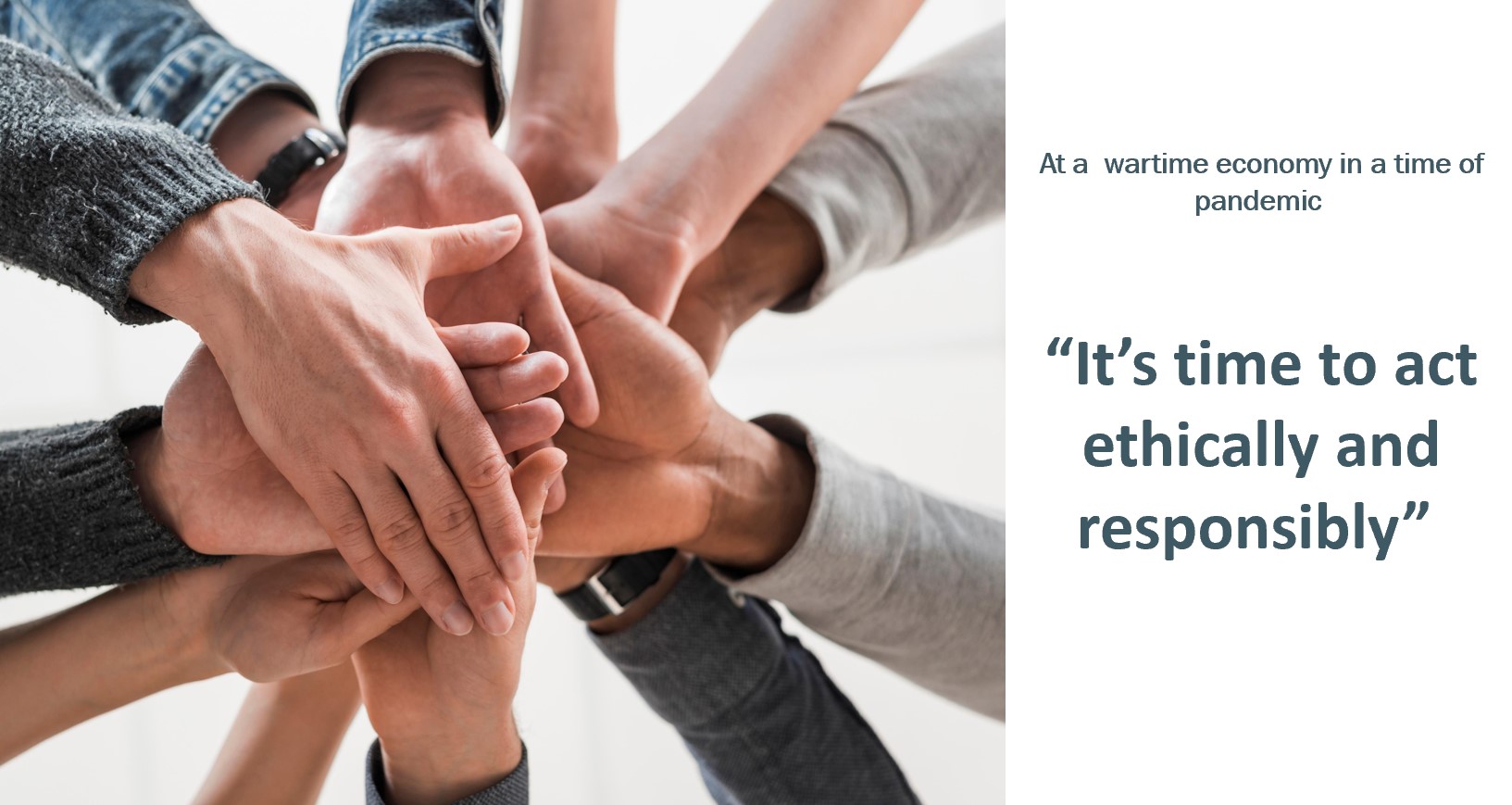 A wartime economy in a time of pandemic

The world is going through a pandemic which is making countries close their doors and run a ‘wartime’ economy within their borders. We’re living a global crisis which leaves no room for speculation. It’s time to act ethically and responsibly.

If someone had told me that in 2020 we would be talking about a wartime economy, I wouldn’t have believed them. But unfortunately, there are some concepts that come and go and wartime economy is one of those.

As its name indicates, the concept of a wartime economy has its origin in the way that countries traditionally behaved during an armed conflict. However, its definition nowadays goes beyond a military conflict. Today, it makes reference to all the actions or measures a country needs to take during a certain critical point.

Since the COVID-19 outbreak was declared a pandemic, all the countries worldwide have started to run a wartime economy within their borders, and if there’s still any which hasn’t, it won’t take long to do so.

While each country runs the wartime economy according to the needs that arise as a result of a specific juncture, due to the virus the whole world is sharing the same affair. There are certain common features that frequently characterize a wartime economy. It’s a time of scarce resources, where the problem begins with the supply, as production decreases or is stopped altogether, and ends with the demand, since consumers increase their need for goods due to the permanent sense of alarm they feel.

Conflicts related to tax, work and wages are further added to these problems. It’s very common that during a wartime economy the State sees a decline in tax revenue and companies see a decline in their income. A stronger state presence in the private sector is essential to ensure the continuity of the employees’ jobs and their salaries. The national government should in turn consider economic measures for self-employed workers and for those who work in the informal sector.

When a country starts running a wartime economy, the national government, each person at home and companies from the private sector should adopt the same view. We basically refer to a reduction or elimination of unnecessary expenses, financial rearrangement and extreme care of available resources. It’s essential to bear in mind that, during wartime economy, there could be a considerable decline in income (which could even be $0) and, worse still, no one really knows how long this will last.


Right now we can only wait for a deeper contraction in the private sector’s activity. It’s essential, now more than ever, that businesspeople bring their corporate social responsibility to the table. The wartime economy seen globally is making businesspeople take action and ethical decisions, being as socially aware as possible. The same is true for the workers, who need to give their best.

There’s no room neither for speculation nor for those who want to recoup in two months what they’ve lost in a year in this terrible global-crisis scenario. There’s only room for the joint effort of all the participants of society. Politicians, businesspeople, workers and society in general, each playing their own part, but all together to get through this.